A Tribute to the Dumbells

This vignette portrays the Canadian First World War historical experience from the perspective of a group called The Dumbells, through narrative, music, song, dance, regalia, costumes and audiovisual technology in a contextual manner similar to our previous highly successful components on the history of the RCMP (for which we officially partnered with the RCMP) and the War of 1812 (for which we received Canadian Government funding).

This musical Tribute to The Dumbells has been presented as an incorporated part of the Canada Roars production and as a featured tribute of World War One Remembrance Day ceremonies at the National Gallery of Canada.

Historical Vignettes:
These vignettes, either as part of the larger Canada Roars presentation or as stand a-lone features, have enabled audiences to recognize Canada’s diverse and exceptional figures, places and accomplishments, enhanced knowledge and understanding of our shared history and values, and has provided opportunities for Canadians to participate in commemorative activities and celebrations. 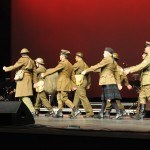 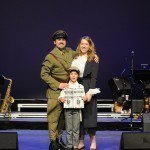 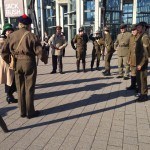 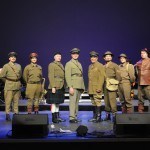 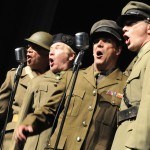